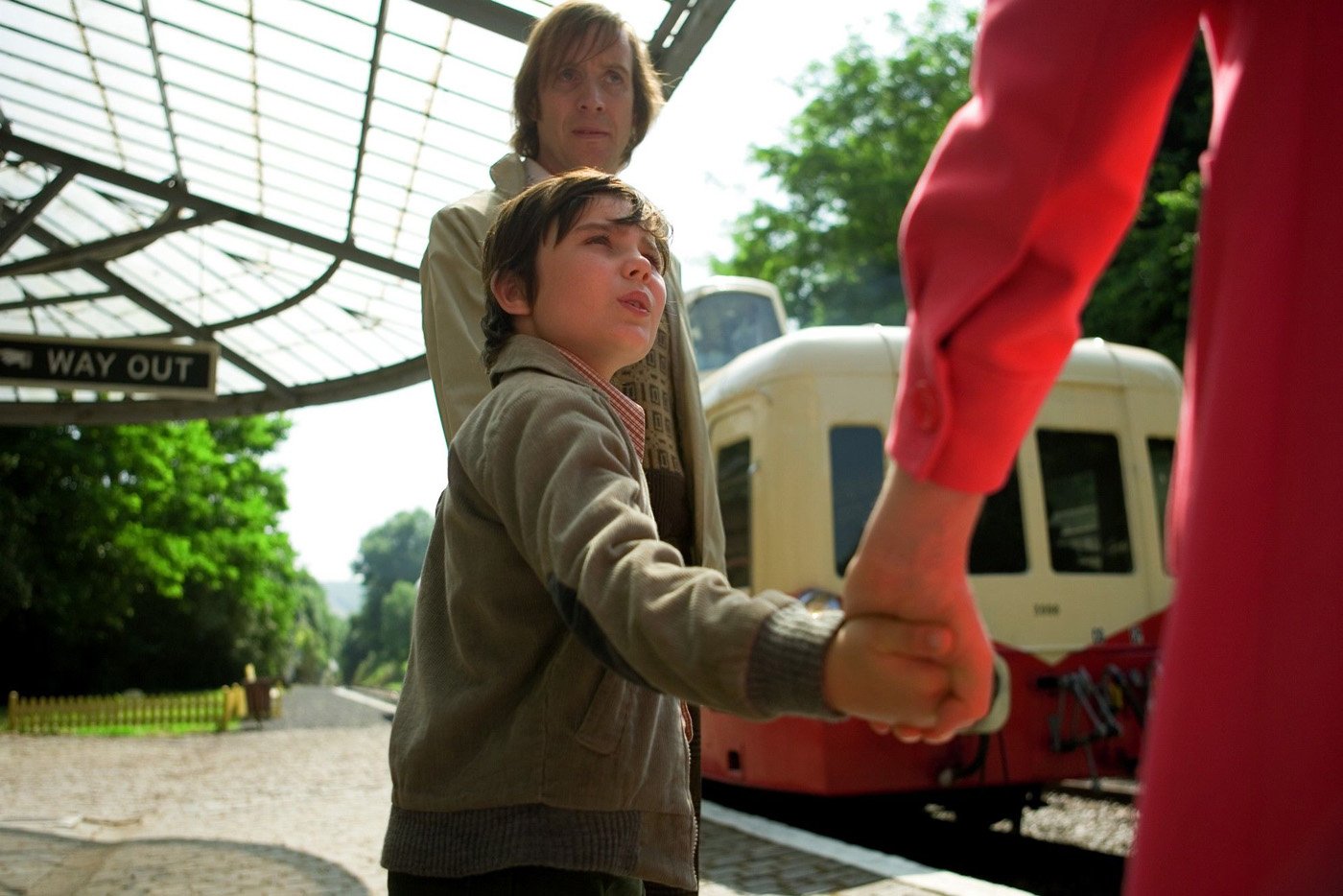 Quantum Physics and Awakening. Everything in the cosmos is a hypothetical! Everything is only “imagined as an example.”

How is this possible? What does it look like? What does it mean in terms of awakening?  A Course in Miracles gives us quite a clue with the line, “History would not exist if you did not keep making the same mistake in the present.” (T-4.II-1.3) What a statement! It’s an exciting invitation to look more deeply at the world we think we know.

It takes enormous willingness to consider the idea that everything in time and space is hypothetical. It takes going down the rabbit hole and then some. But the gift that awaits us as we start to align with the Truth is more fulfilling than anything we can imagine. The movie Mr. Nobody takes us on a journey that beautifully dismantles the world of form, of cause and effect, and shows what happens when we let go of our desire to stay distracted by a made-up world.

Mr. Nobody is a tale about choice. Nemo, a nine-year-old boy, has been thrust into a position where he must make an impossible decision—to choose between his mother and father. In the seconds preceding the rest of his life he wonders where each choice will take him. 109 years later, Nemo is recounting his life story to a reporter. He seems to be very confused. He recounts his life from three primary points: at age nine when his parents divorced, at age fifteen when he fell in love, and at age thirty-four as an adult. All three unfold into their many possible outcomes. Were any of his lives real or were they all a figment of his imagination?

The movie Mr. Nobody examines the core belief that we can find happiness if we make the right choices in life. We can’t; it’s impossible. But the belief that we have real choices that can bring us what we want is cherished by the ego because it keeps us locked into a never-ending quest of looking for happiness where it can’t be found. Mr. Nobody demonstrates that all the choices of this world are made because we have forgotten God and therefore believe in an illusory world of duality. None of our choices are real because they are a choice between the images of this made-up world; that is, a choice between illusions. They are nothing more than hypotheticals, which serve as meaningless distractions.

In the movie, Nemo Nobody is the world’s oldest mortal, who tells his story through flashbacks of what he remembers about his life. Nemo’s experiences seem to involve several life scripts. For example, as a boy, Nemo has to choose whether to live with his father or his mother. The film shows each of these choices playing out over multiple lifetime scenarios with multiple life partners, and none of them work out happily. However, this is good news! The realization that nothing we’ve tried will ever work and that choices in form are meaningless is cause for celebration. Choices can exist only in duality, not in Oneness. But the sleeping mind has forgotten its Oneness; it has forgotten Heaven. It exists in a realm where there seem to be numerous choices, but really they are pseudo-choices. They are little snippets that reflect our fragmented desires and wishes.

Our certainty that we can make real choices is based on our belief in cause-and-effect relationships. Newtonian physics teaches that cause and effect are split—that cause comes first and effect comes second. It states that for every action, there is a reaction. The Course, however, teaches us that cause and effect are simultaneous. When we start to really understand this, we can see that everything we have believed in this world has no validity or reality; we can see that everything we have been taught is false. The seeming effects of the world all come from a false cause—the belief that we have separated from our Source. But ideas cannot leave their source; therefore, cause and effect cannot be separate.

The entire world of form is based on the false belief that cause and effect are separate; linear time itself is sustained only by the ego’s insistence that there is causation in the world. We have learned this world carefully, and given credence to its upside down and backward thinking, where cause and effect have been reversed. The ego has put enormous effort in presenting it that way in order that we will not see the Truth. For example, when we experience traumatic events in our lives, we believe that those events cause a lasting effect on the mind. We don’t see that the mind already believes it is guilty and is simply calling forth witnesses—in the form of painful or frightening experiences—to reinforce that guilt. Through the ego’s lens, these events are viewed as causative instead of as reflections of the guilt and fear that are already present.

Mr. Nobody exposes the falsity of these beliefs. By using many examples of seeming cause-and-effect situations that are impossible to make sense of, it helps us unplug from the mentality that there is any causation whatsoever in form.

This is an excerpt from his latest book Quantum Forgiveness: Physics, Meet Jesus, where David Hoffmeister uses quantum physics and 7 mind-expanding movies as modern-day parables to guide you into an experience of Quantum Forgiveness.